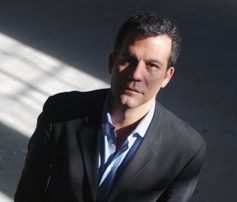 Inspired by … Richard Florida and the “Creative Class”